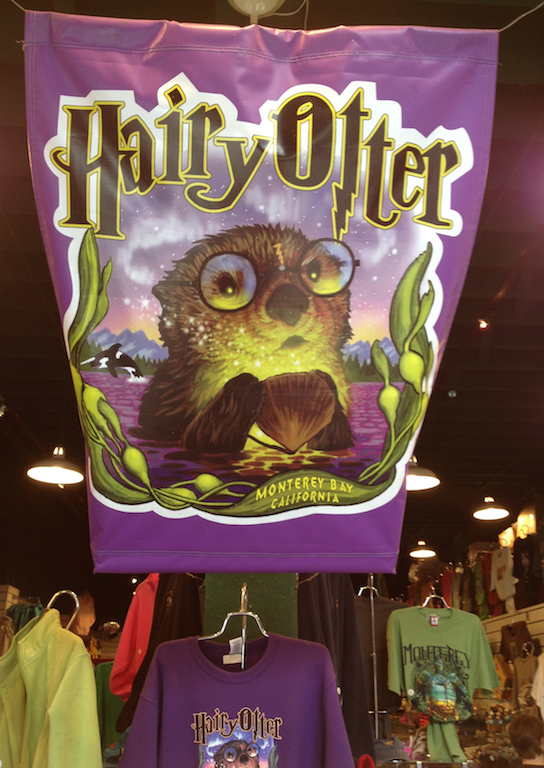 The Potter Wars: Who owns the story?

In the spirit of our so called PotterFloat-Month I am going to write a little something about the question „Who owns the story ?“. Illuminating, of course, an example from the Harry Potter – Universe called the „Potter Wars“.

So, who owns the story? A pretty basic question, isn’t it? Easy to answer even for someone who does not have a law degree? Well, one would think, most of the time,one would think wrongly. Maybe even the chosen one.

Why do we have a concerning transmedia ?. I will gladly answer that: The question on intellectual property rights was a pretty basic one in the times before there were several forms of media through whom you were initially able to violate those laws, big time. Who wrote the book? It is his/her intellectual property. Who bought the movie/merchandising rights? Only they are able to shoot a film about/ produce merchandising on that special brand. Nowadays, in times of the all mighty internet, things behave a little differently. By using the internet we have got many possibilities on our hands to, you might say ‚play with‘, these certain laws. Using the World Wide Web, you could, if you wanted to, shoot a little film about Harry Potter and upload it on Youtube, make fancy T-Shirts with your special design of the black mark and distribute them online, or, maybe, come up with a story exploring the option of Harry and Hermione hitting it off and publishing it online, open to read for any Pottermaniac interested (and there are loads of them).

So in which of those scenarios above are you violating intellectual property law? Thats a tricky question to answer regarding the fact that we, in fact, do not have enough legal basis (and/or knowledge) to really move freely around the internet without violating anyone.

That is a problem for both, fans violating intellectual property and businesses trying to protect what is theirs. On the one hand, you really do not want to be on the bad side of your fans because, let’s face it, they give you money. On the other, you also really do not want your characters to, well, be disgraced by certain pubescent teens letting them do things you, as their creator, maybe would never allowed them to do (this one goes out to you, George Lucas).

Now to the true meaning of the PotterFloat-Month, actually talking about Harry Potter. Why is the Harry Potter Case so interesting from the viewing point of intellectual property rights? I guess we have to thank Warner Bros. and their awkward behaviour towards their own fans for that one. Props to you!

So, what happened is this thing one calls the ‚Potter Wars‘, or in Warner language, „You-know-what“, „That-what-must-not-be-named“ or „The dark times“.
The Potter War describes the time were the tension between the industry and fandom really became obvious. Not just in the Potter World. The Potter World just happened to stumble upon it before anyone else.

For the purpose of this article I want to tell you the story of Heather Lawver real quick. Lawver was a girl that by the time she read Harry Potter for the first time was 13 years old, she started her first blog about Harry Potter when she was 14. Her blog, the „Daily Prophet“, became a haven for hundreds of teens publishing fictional stories about the Potter Universe she still was 14. And shortly after, her british pendant Claire Field got sued for violations of intellectual property rights concerning Harry Potter, being just a year older than Lawver. Fields was 15 years old when Warner sued her for her online presence www.harrypotterguide.co.uk. 15 years? Yes, you heard right, and yes, what a dick move from Warner Bros. Claire was not the only teen being threatened with/ or actually being sued. Every teenager running a fan site for Harry Potter was in danger of legal difficulties. Hundreds of teens became a not so magical letter from a not so magical place, only a few spoke up.

Luckily, for Fields, not Warner, the british tabloids and Heather Lawver were pretty interested in these kinds of legal threats from Warner:

Soon, a counter movement was initiated by Lawver called „The Defense Against The Dark Arts“ (pretty neat name) with a petition receiving thousands of signatures in a weeks matter. That circumstance in combination with the broad, international, and pretty critical media coverage concerning the case really put the bite on Warner Bros:

„We weren’t disorganized little kids anymore. We had a public following and we had a petition with 1500 signatures in a matter of two weeks. They finally had to negotiate with us.“ (Heather Lawver)

So, Warner did, and it was not pretty. Loosing themselves in apologies and excuses, Warner Bros. finally had to cave in and grant those children their right of freedom to express themselves and their thoughts. As long as they did not want to sneek by them and pass themselves off as officials.

Diane Nelson, overseeing the cross-country brand management for Harry Potter by that time, declared the actions of Warner Bros. to be „naive“ or an „act of miscommunication“. She also said: „We did not know what we had on our hands.“

This statement marks a good point to to end this little story. Because we still do not really know what we have got on our hands. Should fans be allowed to do whatever they want with the characters created „for“ them? Or should they respect that intellectual property is only one man’s good? Is it, even, in the internet age?

Without the rich participation of fans the Harry Potter Universe would not be what it is today. We do not live in a time anymore, where the only thing you could do as a fan was consuming the message the movie/book gives you. We live in a time of participation and and active dedication. And instead of fighting this circumstance, corporations should embrace that fact and reap the benefits. For that to happen, they have to understand that participation is not a mechanism you can shut on and off whenever you want. It is an ongoing process that, if you let it, can transform a simple series of books to a live-changing phenomenon, just like Harry Potter was able to become one after certain difficulties getting that whole thing rolling.