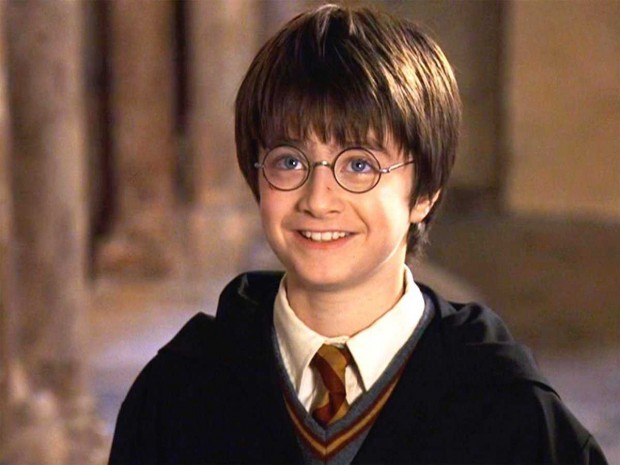 We all know the boy who lived, the chosen one, or, plain and simple, Harry Potter. For me, personally, Harry Potter defined my childhood and the path towards adulthood ,where I am walking on right now. He started going to this magical place called Hogwarts in 1997, just three years before my humble self set foot in a school (not Hogwarts, Durmstrang or Beauxbatons, sadly) for the first time. So, in some way, Harry Potter always was the kind of person I was able to look up to. Brave, generous, kindhearted and simply nice and likable. So now it is my dainty treat to write a short article explaining this epos called „Harry Potter“. A phenomenon influencing and shaping whole generations of aspiring muggle. And being worth 21 billion dollars for Warner Bros.

The reason I am so fond of talking about Harry Potter (from now on „HP“) is not just because of his significance regarding my development, HP presents us a fantastic example of an small idea becoming this big, life-changing epos, enjoying all kinds of media representation (kind of like Sherlock Holmes from the last article), and therefore being a transmedia case with nearly no equal. After time-consuming to and fro, the londonish publisher Bloomsbury agreed to publish 500 copies of „Harry Potter and the Philosopher’s Stone“ (called ‚Sorcerer’s Stone’ in the U.S.) which all too soon started to be a sales success. With the first book being commercially successful, Bloomsbury went on publishing the other titles of the soon to be franchise. Every book was more prolific than the last. With „Harry Potter and the Goblet of Fire“ the story about the british boy advanced to be a franchise of international standing. Around the time the Goblet of Fire found its place in the world (2000), HP startet its transmedia triumphal march.

Oh my, Harry Potter, Ron Weasley, Hermione Granger, what a gift to the world. After Warner Bros. acquired the movie rights for the franchise the young actors Daniel Radcliffe (Harry) , Rupert Grint (Ron) and Emma Watson (Hermione Granger) were lucky enough to be the chosen one(s) to present these lovable characters to the world. And what a fantastic job they did. Portraying their characters in eight films, based on the seven books, having a total film screen time of over 19 hours, the films made 7.2 billion dollars. Being that profitable, the HP-movies made nearly as much money as the total book sales (7.7 billion) did. The most profitable one was „Harry Potter and the Deathly Hallows Part 2“. Another interesting story regarding the movies affects the rights of intellectual property and Warner Bros. being explicitly ungracious. I will write about that soon.

Another aspect of the Harry Potter Transmedia Triumph concerns the games around the epos. Here you have got a large variety to choose from. If Video Game, Boardgames or Toys like Lego, it is your choice. The most notable producers of video games are Electronic Arts (EA) and Traveller’s Tales (TT). EA started publishing as soon as Warner started producing their movies, with whom they have been implemented on the market simultaneously. They carry the exact same name as the movies do and are designed to let the gamer play the plot of the movies by slipping into Harry’s Skin. Also, and we do not want to imply any money-grubbing motives (especially since there was a game to every movie, even for every part), they have been produced for nearly every platform available. Other game-related merchandising consists of the Harry Potter – Scene It game (a board game combined with a DVD playing sequences from the movies), Harry Potter Cluedo (which pretty much explains itself) or several boxes of Harry-themed Lego toys (not to be confused with the Harry Potter Lego Video Game).

What I called ‚Other Stuff‘ in a loving manner actually is the part of the franchise making most of the money for Warner Bros. The Atlantic published a graphic showing how much Warner really makes by marketing the boy who lived properly. A third of the 21 Billion Dollar Franchise (without the books) are generated by Merchandising. Because Pottermania does not end when you close the book or leave the cinema. For example, the ‚Wizarding World of Harry Potter‘ made over 350 million dollars in under a year. Listing every item related to the series would be a physical impossibility, so I will just leave it like that: Harry Potter has got a shi**load of fans. And dedicated ones. The video below shows you just how dedicated:

What a genius thing to do. That all being said, I am happy to announce the February 2016 to be the PotterFloat- Month. Over the course of the next few weeks we will take a closer look at the intellectual property rights (in general with examples from Harry Potter) and the question of ‚Who owns the story?‘ and analyse the franchise from more of a cultural study point of view regarding its role in the development of children, loss of identity and escapism.

This article is contributed by Jamin Schneider.