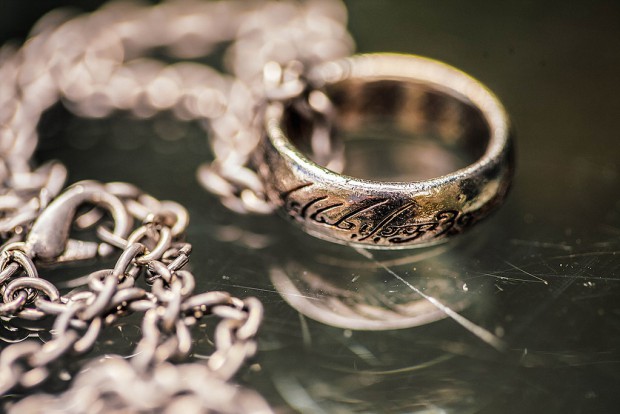 An entire universe of possibilities. Transmedia Case: The Lord of the Rings

It’s hard to imagine that someone today has not heard of the saga of The Lord of the Rings (from now on LOTR). What once started out as a sequel to a children’s book has evolved in one of the biggest franchises in history. For those who have not, here is a brief introduction to the epic high-fantasy novel by the British author J. R. R. Tolkien that started it all and the different adaptations of it.

Originally, the trilogy was intended as a sequel to the book “The Hobbit” that Tolkien had written for his children and published in 1937. It tells the story of the journey of the hobbit Bilbo Baggins who is out to find the dragon Smaug and receive a part of his treasure. Unexpectedly, this book received wide critical acclaim and was popular enough for the publisher to ask for a sequel.

So, the saga of the LOTR was born. Divided into three volumes, namely “The Fellowship of the Ring”, “The Two Towers” and “The Return of the King”, each consisting of two books, the novels tells the story of the hobbit Frodo Baggins, nephew of Bilbo Baggins. Together with a group of others, the Fellowship of the Ring, sets out to stop Sauron from conquering and ruling their home, a fictional place called Middle-earth. Over the course of the novel we follow them as they travel to the Mount Doom to destroy the One Ring that gives its owner the power to rule everything.

Published in July and November 1954 and October 1955 respectively, the books were a commercial success. Over 150 million copies have been sold to this day, making it one of the best-selling novels ever written.

What makes this case so incredibly interesting from a transmedial perspective is its setting. The universe it is set in does not simply exist in these novels, instead Tolkien has built an entire backstory around it, his so-called legendarium. It encompasses many different legends and mythological stories of the fictional universe Eä that also includes Middle-earth. They were published in 1977 as the book “The Silmarillion” after his death.

But not only did he create an entire history for this fictional universe, he also invented different languages, including several Elvish languages that are spoken by characters in LOTR and “The Hobbit”. Technically, anyone can learn these languages and many people do!

We can see that Tolkien has not only written one (or several) stories, but he has given us an entire universe to work with. Without knowing it then, he has created a transmedia wonderland.

Lord of the Rings as a transmedia franchise

The story of LOTR and “The Hobbit” not only exists as in form of books but also has been adapted many times for several media formats: Movies, television, stage, radio, video games – you name it, they’ve made it.

Probably the best known cinematic adaptation of the books is the movie trilogy by director Peter Jackson. Nevertheless, there were attempts to create movies before that, with the first cartoon short dating back to 1966. Several other adaptations such as an animated film in 1978 and a Soviet adaptation of “The Hobbit” in 1985, the first live-action version, also exist.

Back to the film trilogy directed by Peter Jackson. The first part came out in 2001, followed by the second part in 2002 and the last one in 2003 to huge commercial and critical success. Amongst other awards, the movies won 17 Oscars and grossed almost $3-billion, making them the highest-earning motion picture trilogy in history. Interestingly enough, they were all shot simultaneously in New Zealand and later divided up into three parts. An adaptation of “The Hobbit” in form of a three-part prequel followed and was released between 2012 and 2014. Like the first three movies, they were a big success.

But the big screen was not the only format that LOTR was adapted for. A Swedish live-action movie was shown in 1970; it was inspired by the album ‘Music Inspired by Lord of the Rings’ by Bo Hasson. A few years later, in 1990, a Finnish live-action miniseries based on LOTR and “The Hobbit”, called “The Hobbits”, was also produced.

Over the years several musical theatre and stage adaptations were created. For example, Theatres in Cincinnati, Ohio and Chicago, Illinois showed adaptations of all three books. Also, a huge musical adaptation was produced in Toronto, Canada in 2006; production later moved to London and closed in 2007.

A musical parody of the novel, called “Fellowship!” also exists and has been shown several times in Los Angeles.

Although radio isn’t the most popular medium anymore, for a long time it was an important source of information and a great asset to pass the time. So of course there are many radio adaptations of LOTR, too.

While on the one hand several unabridged recordings of the books have been produced, on the other hand there are also many dramatisations that have been broadcasted over the years.  The oldest dates back to 1955 and was produced by the BBC as a radio play. Other countries like Germany, Denmark and Slovakia have also produced their own versions. Those radio plays come in completely different formats – while some are only short adaptations, others consist of up to 30 episodes.

As I’ve stated before, the story of LOTR is incredibly popular all over the globe so of course there are various (video) game versions of it. Funnily enough, while many are inspired by Tolkien’s universe, only some of them are based on Middle-earth. Also there are many formats that these games come in: for example, some are multiplayer while others are role playing or strategy games.

The most well-known games are probably the ones produced by Electronic Arts that are based on Peter Jackson’s film trilogy and Sierra Entertainment’s games based on the books. There are versions for each movie and each book, with different target demographics from children to adults.

I have to say that this media format truly shows the potential of LOTR and Tolkien’s entire universe. While, as stated in the last paragraph, there are several games that are based on the movies and books, there are also many video games that are set in other parts of Tolkien’s universe. Some of them take action in lesser known areas or reference events that have been left out of the movies. But they are still a vital part of the LOTR franchise as they help keep the story and the world it is set in alive.

Although the books have been written over 60 years ago, people all over the world keep adding to the story, keeping it alive and making it a transmedia case. This also brings me to the last category I call ‘Fan made/Unauthorized adaptations’.

The story of Frodo and his friends but also the story of Bilbo has captured the attention of several generations of readers, gamers and cinema goers. And since Tolkien has gifted us with an entire world, many people have contributed their part over the years.

Next to fanfiction stories and several unauthorized video games, there are even entire movies created by fans of the franchise. One good example for that is the movie “The Hunt for Gollum” that serves as a prequel to the LOTR movies and shows Aragorn’s and Gandalf’s search for Gollum. Currently it can be viewed on YouTube and has over 12 million views; it has also been covered by major media outlets.

Lastly I want to point out that LOTR has one of the biggest followings in history whose dedication and thirst for more doesn’t stop even after many years, that is obvious. Tolkien has achieved that by creating his own world for his characters, one that exists beyond just their stories. And that is what is so important for transmedia storytelling. You can’t just have a story with a beginning and an end. No, you need to tell a story that never ends, one that you can add to as much as you want and one that can be adapted for various outlets. And Tolkien might have just shown us all how to do it.

About the Author: It has been a while since we published our last Transmedia Case. Fortunately we met Maria Voskobynikova during a visit at the University of Muenster / Germany. She studies communication science and this is her first article on Storyfloat. Thank you Maria!

“My Precious” via photopin (license)