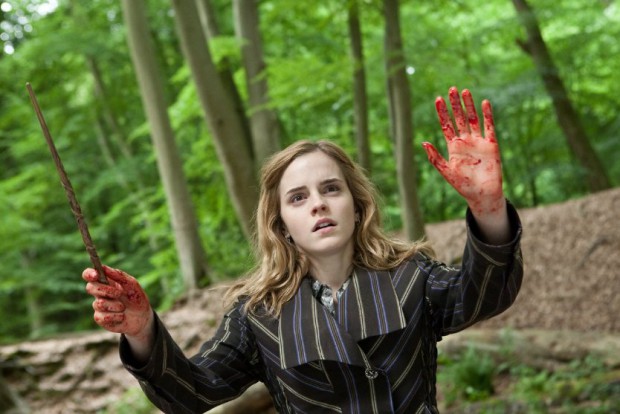 Occultism and escapism in Harry Potter

I would like to start this short essay with a few anecdotes to keep in mind concerning the social and cultural acceptance of the Harry Potter franchise. In 2002, a librarian from Lawrence, Kansas, wanted to initiate a „Hogwarts Class for aspiring young witches and wizards“, teaching children in fictional subjects. Paula Ware (the librarian in question) soon had to drop the idea due to delusional parents being concerned that their children are being recruited into demon worship. New Mexico. The Christ Community Church started to burn dozens of Harry Potter Books along with other works of popular culture (such as CDs by Eminem, Stephen King-Novels, et cetera), legitimating the action with the argument that the books from J.K. Rowling are a „masterpiece of satanic deception“.

The US American Reverend Lori Jo Scheppers argued that all children being exposed to Harry Potter „have a very good chance of becoming another Dylan Klebold …“. To whom this name might not ring a bell: Dylan Klebold was one of the two spree killers of the Columbine Highschool in 1999, considered one of the cruelest and bloodiest rampages in the history of America. What do those anecdotes tell us? Well, it is pretty clear what they tell us: To certain individuals and communities the Harry Potter seems to constitute a threat for society and, especially, children and their development.

The ground on which those groups argue the most is the aspect of participation. An aspect which we generally consider to be a positive thing. But as those examples show, for some people participation means a completely different thing with completely different outcomes. The circumstance that critics of Harry Potter often seem to be very devout is everything else than a coincidence. I myself do know someone actively refusing to read Harry Potter because of her faith. So what does someone make refuse, or even despise, Harry Potter on religious grounds? Keywords are occultism and escapism. Allegations of occultism often accompany the refusal to dive into this fictional masterpiece. Critics believe that by dressing up, yelling spells, drawing scarfs and, in general, imitating the characters from Harry Potter, the children go further than reading the books in an unhealthy way. Speaking in a critics tongue: The roleplaying aspect, often following the intense lecture of the books, shows signs of participating in occult activities. Some even go as far as calling it an „astral projection“.

In his book ‚Convergence Culture‘, Henry Jenkins stated that „these conservatives critics warn that the compelling experiences of popular culture can override real world experiences until children are no longer able to distinguish between fact and fantasy“, comparing the books and their study to the Bible and how it should be read with an intensity as HP is. The most popular point of criticism seems the be the development of the fictional world surrounding Harry Potter. Having an evolving story, real geography and loveable (and hateable) characters, critics see the threat for children and adults to dive into this world, wander around, fall in love with their fantasy and even create new, fake memories. Criticizing this aspect actually goes along with criticizing the general aspect of transmedia storytelling as a trigger for escapism.

So, should everyone being involved in transmedia storytelling be ashamed and find another field of work? Well, thats just ridiculous. While one should always hear out the critics and remain in a position of reflexion, one should also always keep in mind that there are two sides to every story. For seeing the other side of this story, we at first have to know what it actually is these allegations say. And if it even is as bad as it sounds. Spoiler Altert: It is not. Harry Potter benefits escapism. So what is escapism? By definition, escapism describes the escape from reality in favor of an alternate universe provided by some sort of media, in this example, the Harry Potter franchise. Harry Potter allows readers of the books the escape the dullness of the real world with its inconsistencies and problems by offering an alternate universe defined by erupting common structures, providing stability and, ultimately, creating resolution. Common arguments of critics (as stated before) now say that by reading Harry Potter, children and adults emerge into a world with values not suitable and compatible with the common christian values.

This immersion might go so far that „affected“ individuals might not be able to differentiate between fiction and reality, thus not being able to reflect on what is happening with their lives and favoring occult activities over christianity, imagination over reality, Harry Potter over the Bible. Extending this idea, people might think that the influence of christianity on the american culture (american culture because most of the critical movements against Harry Potter have got their roots in America) is at stake. A belief not so far away from the truth and therefore a valid argument. Fiction as some kind of an alternative religion is not a completely new idea. But is it worth restricting, or even burning books, not allowing everyone to make a decision for themselves? As far as I can understand the arguments made by critics, I postulate them to be narrow-minded, not including the definite and more or less obvious advantages brought to us by escapist fiction. I read a psychology journal the other day, constituting the findings that the consumption of TV Shows and movies is benefiting soft skills, resulting in consumers being more compassionate due to the fact that while watching a show you emerge into another character and experience their deepest and innermost thoughts and feelings, making it easier to understand them in real life situations.

The same process happens while reading a fictional book. Critics might argue that you lose yourself in the process of emerging into someone else, resulting in some kind of self-suppression. At this point, I want to draw attention to the studies of norwegian psychologist Frode Stenseng who sees a difference between self-suppression and self-expansion, both possible outcomes when engaging in any kind of fiction. While self-suppression limits an individual, self-expansion does the opposite. Due to the consumption of new influences and world views you become more sensible for other forms of life and points of view, therefore expanding yourself, a process which does not belittle who you were before, but strengthens who you are now. Furthermore, imagination is one of the greatest goods of our time, being one of the few things in life that are totally individual. If we abjure ourselves from consuming fictions, imagination can not thrive making the world a place of less innovation and diversity. Escapism does not mean to be completely divorced from the real world, it just generates a few new layers.

Diving into a fictional world is not the same as loosing contact to the real one. We all know that the world Harry Potter lives in will never be the one we live in (since we never got the letter), but it is nice to have a hideaway or refuge for when things go wrong for us, even if it is just in our heads. What, by the way, does not have to mean that it is not real if we do not think of reality as a scientific world picture but more of in the kind Jacque Lacan proposed with the construct of „The Real“. Meaning, in it’s most basic way, an external way of experience not linked to the „real“, materialistic perception of the world.

Or in the words of Professor Dumbledore:

“Tell me one last thing,” said Harry. “Is this real? Or has this been happening inside

“…Of course it is happening inside your head, Harry, but why on earth should that

mean that it is not real?”